Several sources of information are available about what we do to ensure public interest and impact of our research efforts. Some selected links to media reports can be found below.

* rbb: “Rundfunk Berlin-Brandenburg” is the official broadcasting corporation of Berlin and the neighbouring federal state of Brandenburg.

Coverage of our Research by Frankfurter Rundschau and Berliner Zeitung 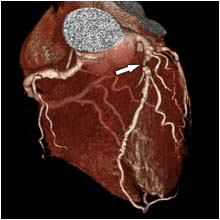 On Friday, 4. January 2013 both newspapers published a report with the title “Ring around the heart“.

CT as an Alternative for Heart Catheterisation

A TV special on Sunday 11 December 2011 from the popular show “RATGEBER GESUNDHEIT” from the First German TV Program ARD about CT as an alternative to cardiac catheterisaiton can be viewed here.

Heart Catheter, Too Much Invasive Procedures?

On Tuesday 22nd of March 2011 a special report on the TV show VISITE of the regional broadcasting company NDR discussed why there is too many cardiac catheterisations performed in Germany. The TV special report can be watched here.